Dangerous goods that can cause personnel injuries or endanger aviation safety and transport order, including those prohibit goods specified in Dangerous Good Transportation Manual, including explosives, gas, flammable liquid, flammable solid, combustible substance, substance that would release flammable gas in contact with water, oxidizer, organic peroxide, toxic substance, infectious substance, radioactive substance, corrosive substance and substances and articles that do not belong to any category mentioned above but are hazardous in air transport. Specifically include:

i. Radioactive material, such as radioisotope.

(2) Explosive or combustion substances and devices

d. Simulation of the above items.

(3) Weapons like guns (Except those handled in accordance with relevant regulations. For details, please refer to the contents of guns and ammunition checked in " Limited Carry-on or Check-in Articles " on the official website of Sichuan Airlines), including major parts capable of firing ammunition (including pills and other objects) and device causing serious personal injury or articles which may be mistaken as such devices, include but not limited to:

d. Simulation of the above items.

(4) Controlled appliance. (Except those handled in accordance with relevant regulations: antique swords, knives or tourist souvenir swords, knives and similar items can only be transported as checked baggage and comply with relevant regulations of Sichuan Airlines.). Controlled appliance that can cause personal injury or pose great hazard to aviation safety and transport order, mainly including:

c. Other controlled devices that are subject to national regulation, such as crossbow.

(5) Other items Other items that can cause personal injury or pose great hazard to aviation safety and transport order, mainly including:

a. Infectious pathogens such as hepatitis B virus, Bacillus anthracis, Mycobacterium tuberculosis, HIV.

d. The alcohol drink of which the alcohol volume percentage exceeds 70%.

e. Strong magnetization material, material with strong pungent smell or which is liable to cause passenger panic and material of which nature cannot be identified and may impose hazard.

g. Articles not suitable for transport in the form of packing, shape, weight, volume, or nature.

h. Other items specified by SCAL not suitable for checked luggage.

(6) Small animals (Except those handled in accordance with relevant regulations, see "Small Animal Transportation" on the official website of Sichuan Airlines).

The following articles cannot be carried as a non-check-in baggage or check-in baggage by SCAL unless they have met with the restricted conditions, quantity and package requirements limited by SCAL transport conditions and have been approved by SCAL:

(1) Precision instruments, electrical appliances, media equipment, and other similar items should be transported as checked cargo. If they are transported as checked baggage, they should meet the size requirements of general baggage and must be properly packed (use the original factory or professional packaging as much as possible) and be able to withstand a certain amount of pressure. It can be safely loaded, unloaded and transported under normal operating conditions, and the weight of such items shall not be included in the free baggage allowance.

a. SCAL currently does not accept the transport for firearms, and neither for ammunitions not specified in 1.4S.

b. Before check-in, the entities or individual who carry firearms shall make timely report to the security inspection station, SCAL and its agents. When receiving any guns or ammunition from passenger.

——Guns and ammunitions for sport purpose:

•For domestic shooting competition activities that request athletes to carry sport guns onboard, that shall be approved by the sport regulatory department of the state council, and obtain necessary license for weapon transportation from the provincial police bureau, and submit to local airport police for inspection while check-in.

c. The gun bullets must be unloaded and the trigger must be locked and the guns are placed in a reliable and sealed package and the package maintains closed.

——It shall be securely packed cartridge (arms cartridges, cartridge clip) (1.4S UN0012 and UN0014 only), which can be transported as check baggage.

——The gross weight carried by each passenger should be no more than 5kg, except for explosive or combustible ammunition.

——The ammunition taken by 2 or more passengers shall not be combined as one or several packages.

(4) The net weight of dry ice used for packing the fresh and live stocks should not exceed 2.5kg , and meet the relevant restrictions.

a. It is prohibited for the passengers of domestic flights to personally carry with liquid articles which do not comply with the following rules, however those can be checked and their package must meet with CAAC transport regulations:

•When transferring from international or regional flights to domestic flights within the same airport isolation zone, their duty-free liquid articles carried into China shall be properly placed in a transparent plastic bag that has no damage and the opening has been sealed. The shopping receipt or invoice shall be shown when necessary. They can continuously carry with these articles after it is confirmed that these articles are acceptable in the security check.

•If you leave the airport isolation zone during the transfer to domestic flight, you must consign the duty-free liquid items that you carry through the entry as baggage.

b. The passengers shall not personally carry any alcohol (in bottle or can) with them or put the alcohol in their hand baggage, except for the duty-free goods purchased in the isolation area of the terminal or on board, provided that there is a voucher for purchase, that it is put in a transparent plastic bag with seal with impact packing, that it is qualified in security inspection, and that the passenger does not leave the airport isolation area since purchase.

Alcohol can only be delivered as checked baggage and meets the following qualifications:

——The logo is complete and distinct, shall be placed in retail packaging, and the volume of each container must not exceed 5L.

——When the volume percentage portion of alcohol is no more than 24%, the quantity of shipment is not limited.

——When the volume percentage portion of alcohol is more than 24% but no more than 70%, the net quantity of each passengers’ shipment shall not exceed 5L.

——When the volume percentage portion of alcohol is more than 70% and is classified as dangerous, it cannot be transported. If RGE alcohol restrictions of the station is higher than those of SCAL, the higher will be followed.

c. For the dairy product required by infants to use on board and liquid pharmaceutical required by diabetic passenger or other patient, after being confirmed by security check,passengers can bring appropriate amount with themon board. If any more strict regulations exist in associated stations, implement as per associated station standards.

(7) Except for the controlled knives, the edge tools; blunt article and other goods should be packed in the check-in baggage.

a. Sharp articles: these articles have sharp edge or sharp point and are made of metal or other materials, the intensity of which can cause severe personnel injuries. Sharp articles mainly include the following:

b. Blunt articles: these articles do not have sharp edge or sharp point and are made of metal or other materials, the intensity of which can cause personnel injuries. Blunt articles mainly include the following:

c. Other articles: other articles that can cause personnel injuries or endanger aviation safety and transport order; , mainly include the following:

(9) Power bank and lithium battery are prohibited from consignment as baggage, and can only be carried with full and legible identity, and shall meet rated energy or lithium proportion limits.

(10) The antique sword, knife or similar articles of souvenirs can only be transported as check-in baggage and shall meet SCAL associated regulations.

(11) Electric wheelchairs used by passengers with restricted mobility due to disability, health, age and other reasons (See“Dangerous goods transportation requirements (including lithium batteries)” on the official website of Sichuan Airlines).

(13) Other special baggage (See "Special Baggage" on the official website of Sichuan Airlines). 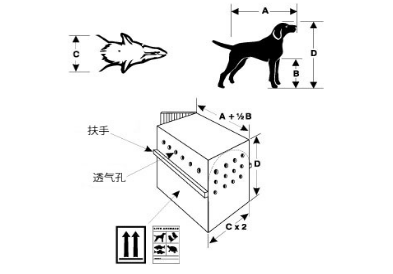 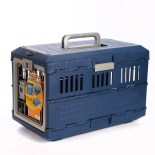